When I finished law school in 2006, my parents gave me a nice graduation gift. I penned many of the most important documents with it: wrote essays on the bar exam, signed my mortgage documents, and signed several partnership agreements. It has become a totem. 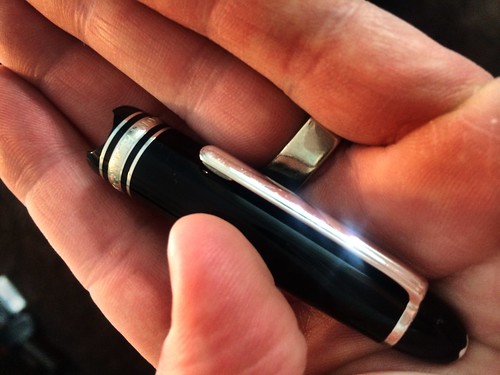 A few weeks ago, I chipped base of the cap, and I’ve spent time since trying to think about how to repair it. I wanted to make it look “new” again. It can’t, however, be used consistently for eight years and remain in pristine condition (in my hands at least).

When a car is dented or a guitar is scratched we say, “it gives them character.” I really haven’t given the expression much thought. More than anything else, I’ve thought it was a way to soften the irritation, but the saying is true of more than just objects.

The little dings in our pride or life’s hard lessons are markers of character. Â We won’t get out of this life unscathed: we will be broken and rebuilt, scratched and healed, and devastated and restored. The way we cope with our adversity won’t make us new again, but it will define us–warts and all.