It’s that time of year again when we start the process of remaking ourselves. You know the drill: I’m going to lose 20 pounds, start exercising, quit smoking and/or drinking, or start a life of crime. With the best intentions, we set out to make a lifestyle change, and inevitably time takes its toll and there’s no trace of the resolution 6 months later. Oy vey.

I’m going to try something different this year. Instead of focusing on what I can do for myself, I’m going to set aside time in the new year for a few other people—52 to be exact. 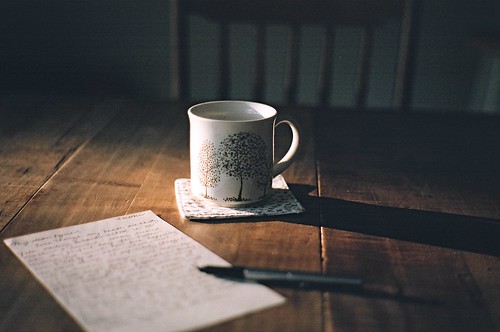 Toward the end of 2014, I wrote a few letters to people who I needed to share a heartfelt message. On one, I had procrastinated so long that it wasn’t easy, but once I started the letter, it flowed deep from my heart and mind.

So many aspects of letters have been lost—crowded out by emails, texts, Facebook messages.

I’d love to hear your resolutions. Are you doing something different? If you need a few suggestions, try these:

I bet you have some pretty amazing ideas, but I encourage you to be different and think about someone else this year. Those 20 pounds make you look younger, anyway.

Get Posts By Email

I send about one email a week.

GET THE MOST OUT OF AUDIOBOOKS

I consume a number of audiobooks, but how do you retain all of the content? Here are a few tips that I use to improve comprehension and use of audiobooks.

Services I Use Regularly